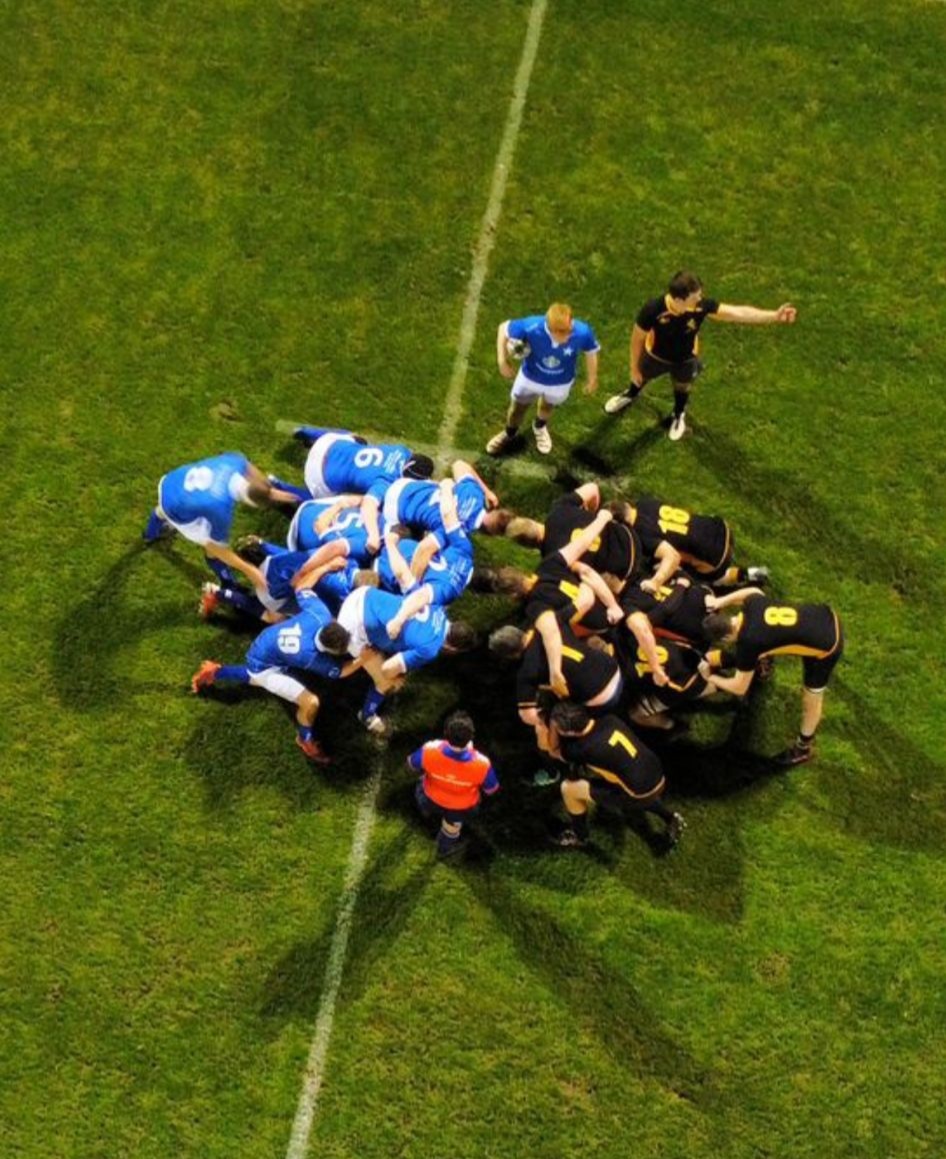 A very welcome home ‘Friday Night Lights’ fixture and the perfect opportunity to get back to winning ways after a couple of disappointing league results recently.

The J2s’ season has been consistently disrupted by injuries, including recent serious traumas to Chris Kane and Zeeshan Ali and we wish them speedy recoveries.

Add those to long-term absentees Ciaran Murphy, Morgan Mooney, Andy McCarthy and Dave Rohan and you start to get the picture.

Despite these setbacks, the determination and commitment shown in training by the players and coaches has been exceptional and this was evident in the opening skirmishes.

Conditions were excellent on the night, with clear skies and a gentle breeze blowing from the Dublin mountains towards the Templeville Road end of the ground.

J1 prop Kealen Quinn was drafted into a makeshift Mary’s front-row, with Eoin Silke deputising from the bench.

Recent recruit Lee Byrne also made his first start for the J2s at scrum-half, having moved from Clondalkin in the summer. A fine addition to the Club and one to watch out for in future.

St Mary’s played up the hill in the first half and kicked off to get proceedings under way.

Malahide enjoyed some early possession but the Saints’ defensive line held, with bone-crunching hits coming in from the likes of Robert Beverland and skipper Fionan Magee.

The first score came just a few minutes in, after defensive pressure saw Malahide infringe at the breakdown and compound the issue with backchat to the referee, who promptly moved the mark 10 metres towards the posts.

Having taken the restart, St Mary’s infringed at a breakdown and from the resultant lineout in the 22, Malahide worked the ball through a few phases before the home side were penalised for not rolling away at a ruck.

The penalty was right under the sticks and Malahide made no mistake in making the score 3-3.

Thereafter, St Mary’s showed fine intent with ball in hand and looked to exploit space out wide, only to be let down by unlucky handling errors on a couple of occasions.

From one such knock-on, Malahide won a penalty at the scrum, right under the Saints’ posts but their place-kicker could only hit the woodwork and St Mary’s cleared the danger.

The teams then went at each other in a ding-dong first half characterised by line-breaks, stout defense and fierce competition at the breakdown.

The lineout was a good source of primary possession for St Mary’s - with Mark Donnellan, Shane Fanning and Bev all soaring to dominate the skies; plucking pitch-perfect throws from the ever-reliable Fionan.

But the highlight for anyone in attendance was the sight of loose-head prop Kealan storming down the right-hand touchline from broken play before dishing out the ‘fend of all fends’ to the Malahide winger, who was flung up into the November night sky with contempt.

For anyone who hasn’t seen this, check out the Club’s social media channels. Trust us, you won’t be disappointed.

The rumble led to a penalty for the Blues, who went to the corner - Malahide now down to 14 with one of their players in the sin bin - but St Mary’s couldn’t quite breach the line before the ref blew the half-time whistle.

Some words of wisdom from coach Dave Lyons at the break saw St Mary’s come out all guns blazing early in the second half, with some epic scramble defence and big hits forcing Malahide into a number of errors.

Sustained pressure in the Malahide 22’ - with excellent ball retention - eventually resulted in a half break from fly-half Jack McSharry before openside flanker Michael Connel barged his way over the line from close range.

Bourkey again was rock-solid from the tee with the extras, leaving the Saints 10-3 up.

As the half wore on, St Mary’s asserted their dominance, playing more territory and inviting Malahide to run from deep.

Full-back Niall Donovan was to the fore - using his cannon of a right boot to relieve pressure on multiple occasions.

St Mary’s were awarded a penalty a good 45 metres from goal but this was no obstacle for Bourkey who again made a sweet connection with the boot. The ball sailed high and true - splitting the posts and leaving the home side 13-3 to the good.

It looked like St Mary’s were going to pull away when centre Cormac Dempsey-Lerchundi ripped the ball off a Malahide player and raced toward the corner flag only to be scragged just shy of the line.

More pressure applied by Mary’s in the Malahide 22’ saw the visitors infringe and who else but Bourkey to step up and slot the three-pointer?

With the score now at 16-3, the blight of injuries again raised its ugly head and the home side were forced into multiple, rotating substitutions as the physical exertion took its toll.

Even coaches Lysony and Ciaran Lennon were struggling to keep track of who should be playing in each position.

This resulted in the game becoming a scrappy, stop-start affair for the final quarter.

The Blues’ replacements packed a punch though and Jamie Shaw, Cian Dalton, Rob Trew and Aaron O’Connor all made telling contributions from the bench.

Malahide threw the kitchen sink during the closing stages but St Mary’s stood tall and were adamant that their line would not be crossed, leaving the final score at 16-3.

A well deserved win after a hugely committed performance, characterised by resolute defence.

The result puts Mary’s right back into contention at the business end of the table.

All attention now turns to a massive D6W home derby against Terenure, which takes place this coming Saturday.

Be sure to stay around after the First XV match to support the lads against our local rivals.